Frenchwomen runs 140km’s from London to Dover on English coast in record time, swims most of English Channel and bikes 288km from Paris to London in the Enduroman Arch to Arc

Doha, Qatar, 2nd July 2018 – Qatar resident and lawyer, Perrine Fages has just returned to Doha from Europe after tackling one of the world’s toughest endurance challenges, the Enduroman Arch to Arc. A challenge which sees competitors run 140km from London’s Marble Arch to Dover on the English coast, swim the English channel and then bike 288km from Calais to the Arc De Triumphe in Paris. 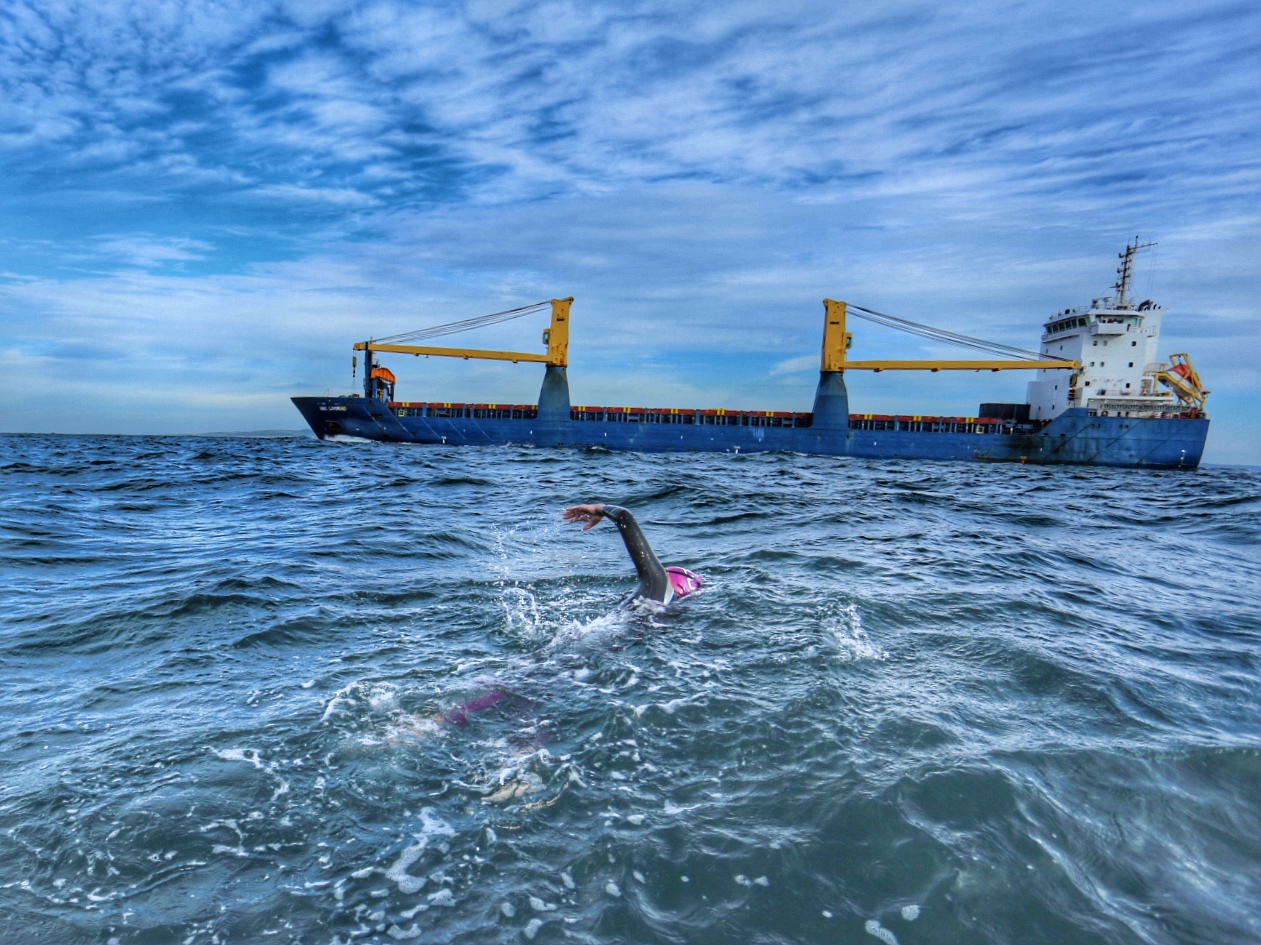 Perrine in the Channel, with large ships all around

As one of the world’s toughest endurance events, it has been attempted by around 50 solo athletes, with only 27 (at the time of her attempt) having fully completed the challenge.

Perrine, was able to complete most of the monumental challenge, with only her swim being cut short by 3 nautical miles due to tidal conditions preventing her to reach land safely.

She started this immense challenge on June 22nd 2018 at 5:30am at Marble Arch, running the route to Dover in 16h21m, a record time, setting the fastest women’s solo run time and second fastest solo athlete run time (men’s or women’s) ever in Enduroman Arch to Arc history.

She set off swimming the channel at 6:25am on June 23rd, and crossed through the half way point in 7h30m.  However, as she reached close to the French coast, tidal conditions changed and behaved abnormally and it became apparent to her support team, coaches and organiser’s that it would be unsafe to keep her in the water until it would be possible to reach land. As such, it was necessary to remove Perrine from the water for safety reasons.

Though, disappointed, as this meant Perrine would not receive a full finishers designation in the Enduroman Arch to Arc records, she showed great mental strength and determination to continue on to Paris on the bike.

With the support of the organiser’s and support team, she biked the 288km to Paris in a mere 17h06m. 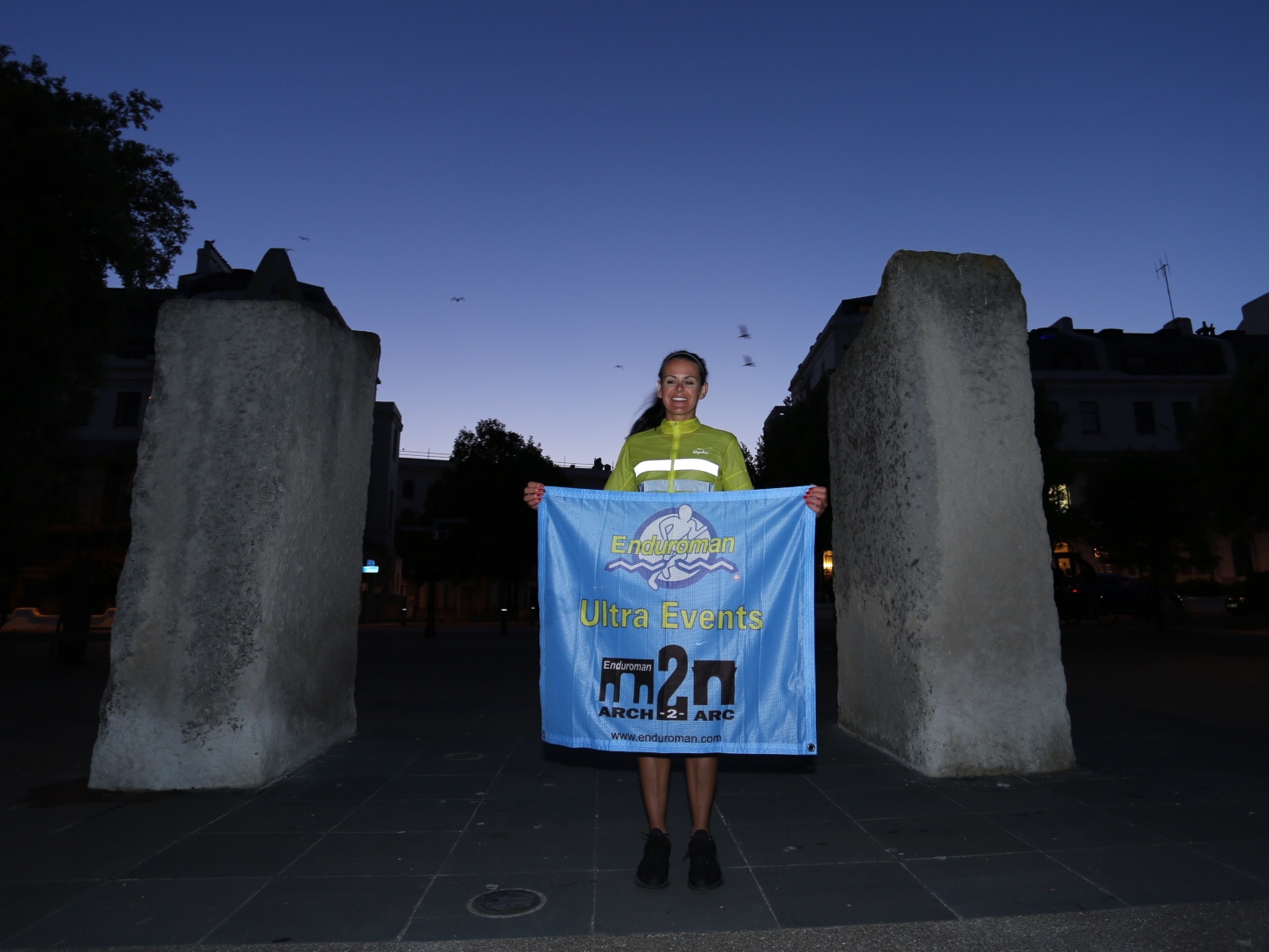 Perrine looking fresh at the end of the 140km record run

Perrine finished the challenge undesignated in the records of the Enduroman  Arch to Arc but was presented with a finisher’s medal by its Founder Edgar Ette at the Arc De Triumphe. She did not earn the infamous # with number that designates a full finisher (as she had to end her channel swim early), but she has taken the respect and admiration of its founder, her family, her team and the thousands of people who followed online, shared content and took inspiration.

She comments “It was incredibly tough but in the end hugely rewarding. I really pushed myself to achieve something a few years ago, I would not have felt or dreamed possible. To balance work, personal life and training that was at its peak 40 hours a week on top of full time work is a huge commitment.” 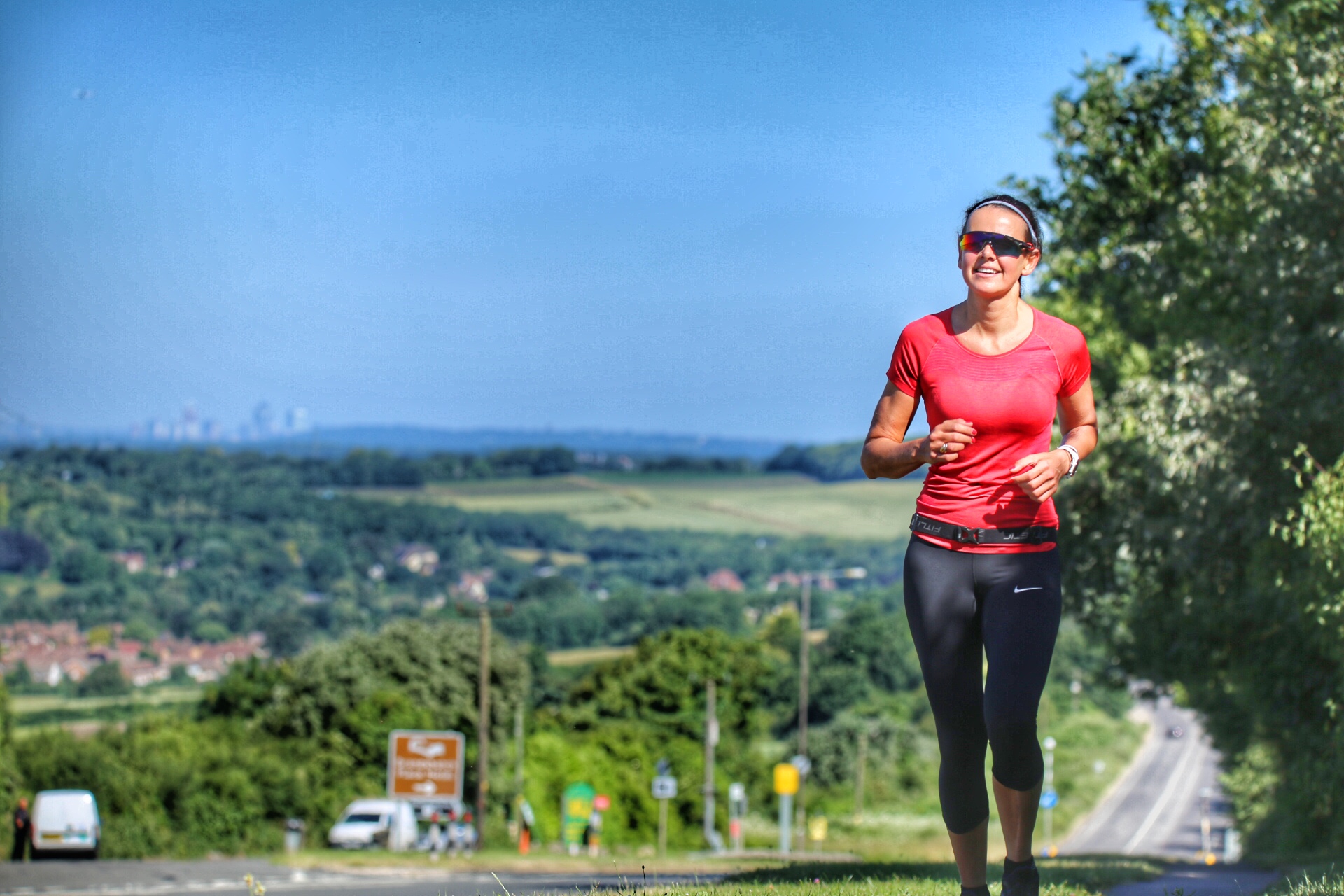 Perrine summitting a hill outside London

She continues “I obviously have unfinished business with the channel, but overall I am thrilled to have gone from London to Paris under my own power. I want to thank my friends, family and coaches for all their support without which it would not have been possible. Who knows, if I can get some sponsors and support, I might go back to break the women’s record.”

For the challenge, Perrine’s head coach was Ryan Bowd of RnR Sport, with assistance from Tim Denyer a specialist channel swimming coach, Mat O’Halloran (swim coach) and Bobby at the Grand Hyatt her personal trainer. She was supported during the challenge by Ryan, Tim, her friends Laura and Sam and father. During the challenge Edgar Ette, the first finisher, founder and organiser of the Enduroman Arch to Arc accompanied Perrine.

Edgar comments “It is unfortunate it was not possible to safely land Perrine during the channel swim but unfortunately that is channel swimming. She did fantastic to find it within her to carry on to Paris and finish. I was proud to hang the medal around her neck. She did an impressive run, setting a new solo run record and I believe that should she return to do the challenge again, she would be a real threat to the women’s overall record which she was on track to break. 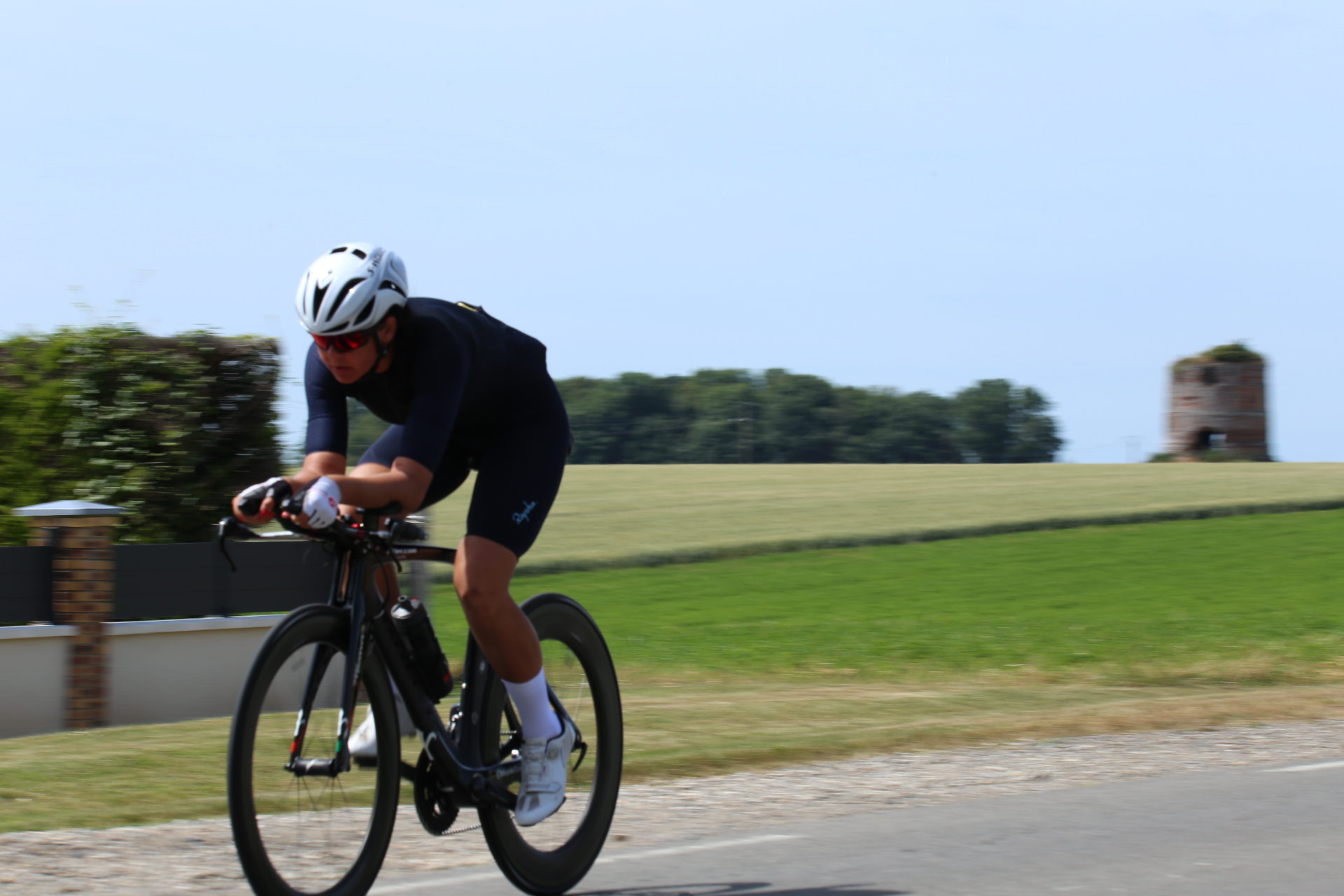 Perrine biking through the French countryside

Perrine’s next big challenge is competing in this year’s Ironman World Championships in Hawaii, with more events to be added to her 2018 and 2019 plans with announcements to come.

Perrine would like to thank the fabulous team at the Banana Island Resort Doha which assisted her to complete 12 hour training swims, providing water safety and support.

She is currently supported by Huub Wetsuits, though to achieve her next goals is looking for sponsorship to assist.

To learn more about the Enduroman Arch to Arc check out www.enduroman.com

To set up an interview, contact: Michael Stellwag, SilverFox PR at +974 66881044 or newsdesk@silverfoxdigital.com